The Maharajas of India & Their Royal Rolls-Royces 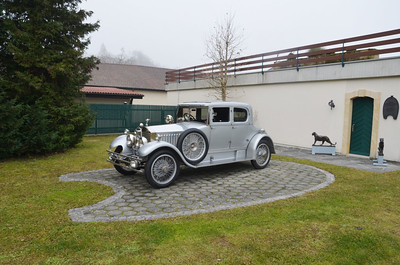 A true ‘hunting’ car, this Rolls-Royce Twenty from 1925 was commissioned by the Maharaja of Bharatpur, Brajendra Sawai Kishen Singh (photo courtesy François Mathey)

One of them was a specially bodied Twenty, with coachwork by George Wilder, of Kew Gardens, in Surrey, UK. A very unusual body style – termed a “howdah” – the four-door car had a folding dickey seat at the rear, that when opened out, faced backwards! So that guarding against a tiger attacking from the rear became easier... The car also had a sunroof that opened out for the maharaja to be able to take pot shots at tigers and other animals, standing up within the car, the roof acting as a turret from where to swivel around and shoot at all and sundry.

Ordered new by Maharaja Brajendra Sawai Kishen Singh, of the princely state of Bharatpur, in Northern India, this car was one of as many as two dozen Rolls-Royces in his royal garage that included five smaller Twentys. These Twentys were part of the fleet of luxury cars used to transfer his guests from his palace to the wetlands, the Keoladeo Ghana National Park, a famous avifauna sanctuary that sees (or saw) thousands of rare and highly endangered birds such as the Siberian Crane come here during the winter season. Regular hunts saw thousands of these animals disappear over the years. 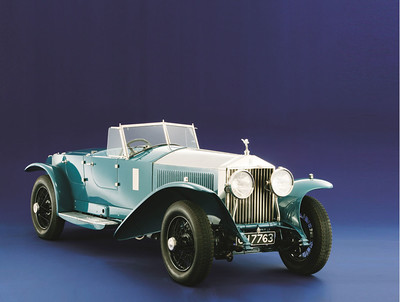 The Rolls-Royce 17EX was an experimental car developed by the carmaker, and then sold to the Maharaja of Kashmir (photo courtesy Matt Davis/Carrstudio)

Mention, though, must be made of some of the maharajas who exhibited much better taste in their choice of coachwork and the use of their Rolls-Royces. The Maharaja of Kashmir, Hari Singh, had a penchant for fancy cars, and amongst his extensive collection of exotic machinery were more than two dozen Rolls-Royces, some of them featuring the rare luggage van bodywork. But the most distinctive of his fleet of Rolls-Royces would be a very special sports Phantom I, the celebrated 17EX experimental, designed and developed by Rolls-Royce themselves, in 1928, but acquired by the Maharaja after Rolls-Royce had tested the car for over 7,000kms. Clearly, the striking design of 17EX, by Rolls-Royce’s in-house designer Ivan Evernden, with the body built by Jarvis of Wimbledon (famous for making lightweight sports bodies on Bugattis and the world land speed record-breaking Blue Bird of 1928) was what must have caught the fancy of the Maharaja.

The Maharajas of India & Their Royal Rolls-Royces