VILLA D’ESTE TO FOCUS ON MASERATI AND ROLLS-ROYCE.

Once again is celebration time at Villa D’Este, the venue of the 85th Concorso d’Eleganza to be staged from 23rd through 25 next May.

Rolls-Royce is celebrating its 110th anniversary few months ahead the day the first Rolls-Royce debuted at the Parisian Grand Palais in December 1904, whereas Maserati will be honoured for its 100th birthday, which also will take place this December.

A unique exhibition in the rotunda at Villa Erba will be dedicated to the Spirit of Ecstasy emblem typical of Rolls-Royce. The story of winged radiator figurine that since 1911 has become the world’s most renowned emblem of Britain’s motoring heritage will be on display next to some of the rarest Rolls-Royce of the past. BMW Group Classic, which is hosting the Concorso for the 10th consecutive years, has announced that « The automobiles on display from the various eras all, in their own individual way, embody the “striving for perfection” which company founders Charles Rolls and Henry Royce made their guiding principle early on». A «can’t miss» occasion for the «silent» Rolls-Royce and British motorcars lovers.

On their turn, those in love of Italian noisy and fast sport and racing car will not want to miss “100 Years of Maserati” parade of Maserati of all times to “race” for the top honours and awards from the highly qualified Jury at Villa D’Este on Saturday and for the public referendum at Villa Erba on Sunday that, according to the tradition, will decide the winner of the 2014 the Coppa d’Oro Villa d’Este. Among the entrants in this exclusive class is a Maserati 450 S in its racing configuration and reportedly the second of only nine examples of this model ever made. 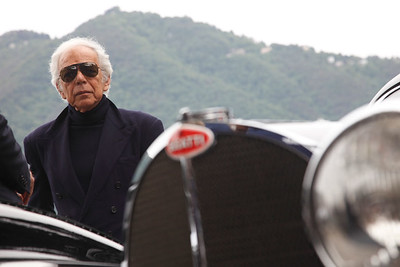 There will be a lot more to see, as usual. Not only the complementary event dedicated to motorcycles but also some memorabilia from the Montecarlo Rally, which first Mini victory 50 years ago will also be highlighted.

The event «to which BMW Group Classic and the Grand Hotel Villa d’Este jointly invite fans of historic cars and motorcycles», some 50 select vehicles will once again take part in the beauty contest. The mood this year will be inspired to the spirit and lifestyle of the Roaring Twenties. To start with the dinner for the guests of honour at Villa Visconti reflect the theme of Hollywood’s The Great Gatsby. The movie will actually been on the big screen for the public at Villa Erba in a temporary open-air cinema on Friday 23rd. 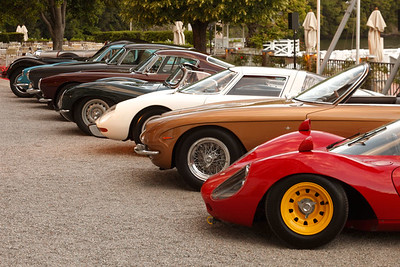 According well informed sources BMW will also bid for its share of glory by unveiling two all new concepts or dream cars. I am not sure they will be world-premieres, in view of the Beijing Auto Show but surely Villa D'Este will be the perfect venue for a first look in daylight and in the most appropriate setting. Last year Villa d'Este presented as gift to the participants the world unveiling of the Gran Lusso Coupé designed and built in co-operation with Pininfarina. 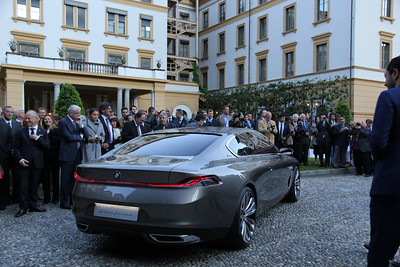 Unfortunately the spirit of the Roaring Twenties will hardly be found in the contemporary and futuristic show-cars that will be compete for the «Concorso d’Eleganza Design Award for concept cars and prototypes» but at least there will be the Maserati Alfieri honouring the name of one of the founder of the company.

Will see you there? Tell us if you are coming!

VILLA D’ESTE TO FOCUS ON MASERATI AND ROLLS-ROYCE.