Maserati’s CEO Harald Wester and Luca Montezemolo, chairman of the hosting Museo Enzo Ferrari in Modena have celebrated the opening of a most unique exhibition of Maseratis of all times. The priceless collection of historic cars celebrates the 100th anniversary of the company and tells the milestones of history of Maserati written by men and their cars through the past 100 years. The opening party was joined by Sir Stirling Moss, the 1950s Maserati racing driver who scooped incredible victories for the Trident marque. 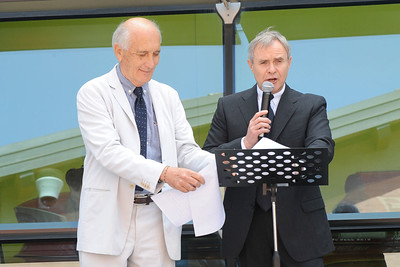 The opening ceremony was a good opportunity for Harald Wester to celebrate the outstanding success the brand is currently enjoying. In his words: «The Centennial of Maserati could not have come at a better moment in our history. Today Maserati is a thriving company, with new models that have proven hugely popular with an ever-increasing audience and others, in the pipeline, which will propel the company towards the prestigious goals that we have set. This exhibition, which retraces our first century of history, is truly one of a kind: never before have all these models which have shaped our history been gathered together under one roof.» 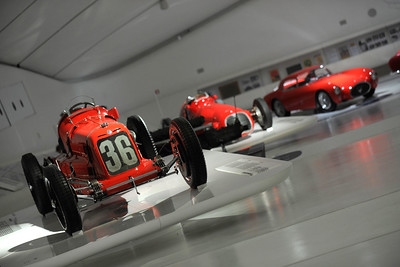 Twenty-one Maseratis will be on permanent display for the duration of the exhibition and a total of approximately 30 will be admired over the course of the six-month run. Ten or so cars will be exhibited on a rotation basis, allowing them to take part in the countless events being staged across the globe to mark the Maserati centennial.


The exhibition venue, a Museum dedicated to Enzo Ferrari, also marks a dramatic evolution of the brand through the past century. Maserati used to be the greatest rival of “newcomer” Ferrari but now the two ultimate rivals belong to the same family and share much of their knowledge, technology and parts. Indeed it was Ferrari’s Luca Montezemolo, which set the ground for Maserati’s renaissance back in 1997. 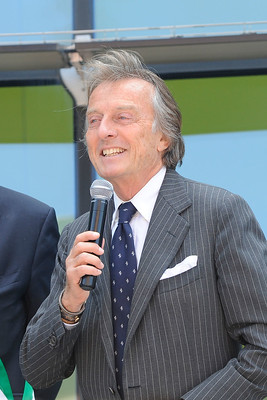 Visitors will also have the chance to see rare Ferraris and the most important Alfa Romeo racing cars of the pre-war period that were driven by Ferrari or entered in international competitions by the “Scuderia Ferrari” that still bears the name today. 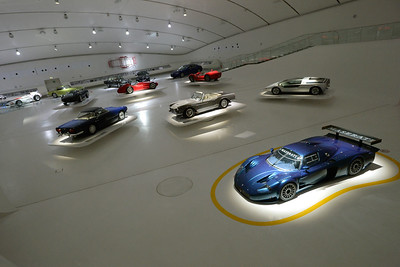 The choice of which cars to exhibit fell to the exhibition curator, Adolfo Orsi (grandson and son of Adolfo and Omer Orsi, who owned Maserati between 1937 and 1967) who explained his selection criteria:


«In the difficult choice between the countless models, both racing and road-going, that have shaped the long history of Maserati, I tried to imagine “the dream-garage” of every car enthusiast, selecting not only the best in terms of engineering and style, but also the most important and historically significant examples of each model. I was fortunate to find an amazing spirit of collaboration on the part of dedicated collectors, who very generously agreed to lend their vehicles, some of which have been flown here from the other side of the Atlantic as they are virtually impossible to find in Europe.» 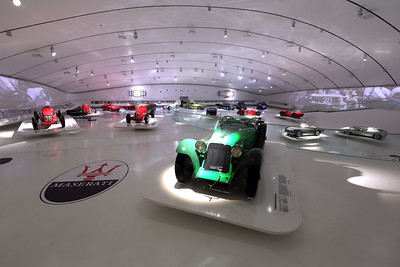 It is therefore safe to say that MASERATI 100 (this is the name of the exhibition) will be the most important selection of Maserati cars ever presented.

Among the highlights of the exhibition are cars like the Tipo 26, the first car to sport the Maserati marque; and the V4 Sport Zagato, which set the world speed record in 1929 driven by Baconin Borzacchini. It was re-bodied in 1934 by Zagato and is a recent winner at the Concorso d’Eleganza at Villa d’Este. 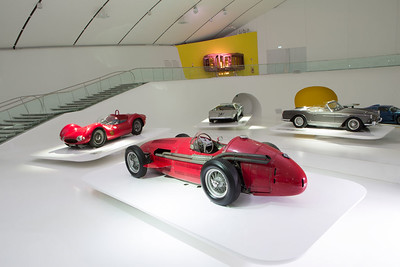 The exhibition would not have been complete, of course, without the legendary Maserati 250 F - winner of the Formula 1 World Championship with Juan Manuel Fangio in 1954 and in 1957, the year when the Argentine ace triumphed after a fantastic comeback in the epic German Grand Prix at the Nürburgring circuit. A phenomenal Formula One that helped build the legendary reputation Maserati enjoyed in the 1950s. 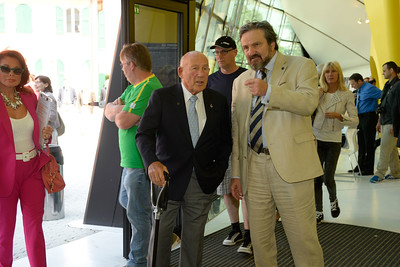 Stirling Moss, who attended the inauguration, drove this particular racing car to some of his greatest ever victories, for example in the Italian and Monaco Grand Prix races of 1956. And of course it would be unforgivable not to mention the Tipo 60 “Birdcage”, another of the cars driven by Moss. This famous two-seater sports racing car with front-mounted engine, an ingenious Italian response to ever-evolving chassis for racing cars, was produced by welding together dozens of slender metal tubes to guarantee a rigid yet lightweight chassis. 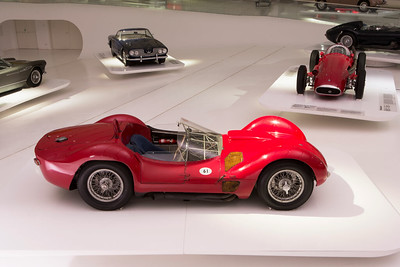 Used on the track by a number of private racing teams, it brought fame and prestige to Maserati with numerous wins from 1959.